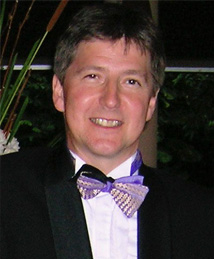 Peter B North was born and educated in Lancashire before moving to Ely to take up the position of Tenor Lay Clerk at Ely Cathedral, a position he retained for many years. He has also led the cathedral’s Compline Choir for over 25 years. Peter is now Head of Vocal Studies at King’s Ely, where he has overall responsibility for the vocal tuition given in over 100 individual singing lessons per week to pupils aged 4-18 years.

Peter directs The King’s Barbers, the current UK Voice Festival Youth A Cappella Champions and has been Musical Director for many stage productions, including Guys and Dolls, Beauty and the Beast, and most recently Jesus Christ Superstar. He has appeared as soloist in numerous concerts and recordings both for ITV, BBC and on cd recordings for the early music group ‘Musica Contexta.’

Peter divides the majority of his time now between directing, arranging and his work as a singing teacher where he believes that his philosophy of positive reinforcement, based on a sound technique can free the singer of any age to give the best of themselves and to enjoy their singing more.