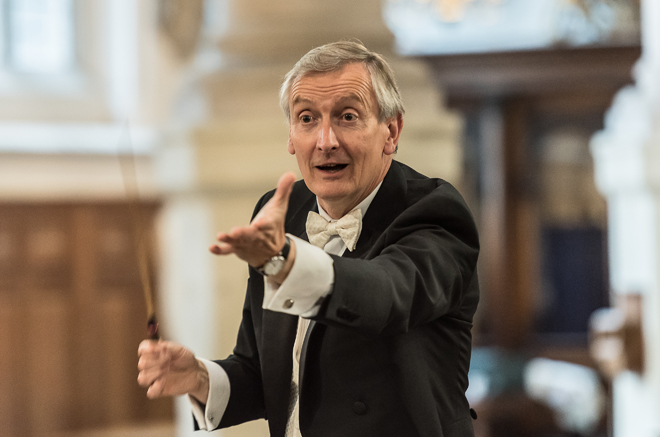 Jeremy Jackman's musical education began as a chorister at St Paul's Cathedral, and continued at the Royal College of Music and Hull University. He sang throughout Eastern and Western Europe as a soloist, and with ensembles such as the BBC Singers, the BBC Northern Singers, the Alfred Deller Choir, the Tallis Scholars and The Sixteen.

In 1978 he was appointed countertenor Lay Clerk at Westminster Cathedral, under the direction of Stephen Cleobury. Two years later he was invited to join The King's Singers, succeeding Nigel Perrin as their highest voice, and for the next decade shared their demanding international schedule, performing in the world's most celebrated concert halls and making countless broadcasts and recordings. In 1990 Jeremy resumed work as a choral conductor, directing choirs, courses and workshops all over the world.

As Chorus Master to the Belfast Philharmonic Choir (1991-97) and the London Philharmonic Choir (1992-94) he worked with the world's most renowned conductors in the preparation of a wide variety of music. In 1994 he was invited to form the Choir of the Orchestra of St John's Smith Square (now OSJ Voices). He is also Musical Director of the English Baroque Choir and also conducts the Cecilian Singers (Leicester), and the Jay Singers (Norfolk). For RunbySingers Jeremy has directed courses in Assisi, Krakow and Vienna and he is one of our most respected regular Musical Directors.