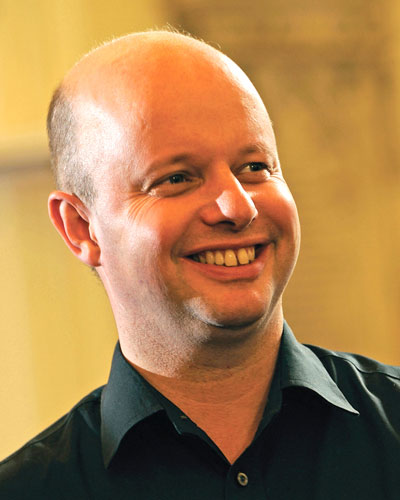 David Ogden is a professional conductor and composer. He conducts Exultate Singers, City of Bristol Choir, choirs at the Royal Mail, Airbus and Sawday's Publishing and, in his post of Head of the Bristol Choral Centre,
he conducts the Bristol Youth Choirs. He also conducts choirs at several schools around Bristol including Merchant's Academy in Withywood and is Director of Music at Holy Trinity Church, Westbury-on-Trym.

For over 25 years he has worked with numerous professional and amateurgroups of all shapes and sizes in many fields of music making, including church music, concerts, musical theatre and opera, community projects, primary and secondary level educational workshops, from small children's groups to the City of Birmingham Symphony Orchestra.

David has conducted choirs on BBC Radios 1, 2, 3, 4, 5 and the World Service, and worked as conductor, arranger and music adviser on BBC TV's Songs of Praise. He is Choral Music Adviser for the BBC's hit series Call the Midwife, and worked with the Royal Mail Choir in the BBC Two series The Choir: Sing While You Work.